On September 20th, Beijing time, in the third round of the Chinese League, Chengdu Xingcheng defeated Taizhou Yuanda 2-1 and won three consecutive victories. After the match, Chengdu coach Carlos attended the press conference. 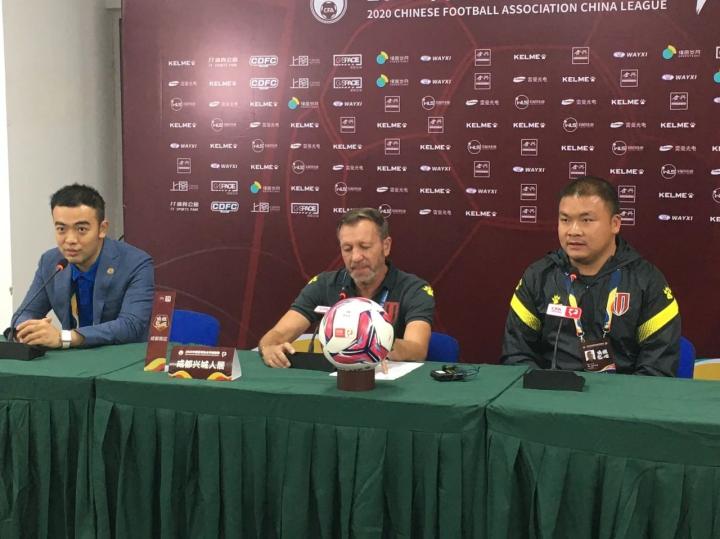 First of all, I am satisfied that we have won all three games and thank the players for their dedication. Taizhou Yuanda is very strong, the players are very threatening, very hard, and he also scored free kicks later, morale is very high, we can win is very valuable. Both sides played fiercely in the first and second halves, and the two sides played completely differently. It was through continuous hard work on the court that we scored and won.

We made two changes in this field, but the formation is not much different. Our ideas and play are the same, and the team executed very well.

It’s not clear yet, and I have to go back and undergo a diagnosis. We need to ensure that the players are healthy, they may not be able to play in the next game, and rotation is normal. This year's game is a test of the depth of the bench, and now we have to recover, relax and meet the next game.