Wu Lei recently posted a photo of himself and his son walking on the streets of Barcelona, ​​with a caption saying: "Spider-Man flew to save the world." 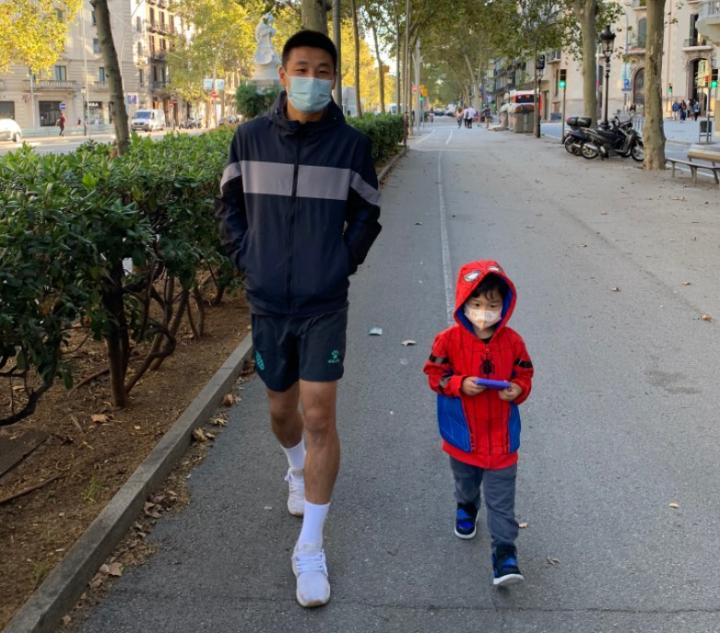 As of September 27, Wu Lei played twice for the Spaniard in the Spanish Second League in the new season, contributing 1 goal and 1 assist.

Wu Lei also shared the moments of walking on the streets of Barcelona with his son recently. Wu Lei’s son is very cute wearing a Spider-Man's sweater. Wu Lei also wrote that “Spider-Man has come to save the world.” Due to the second wave of the new crown epidemic in Europe recently, Wu Lei and his son are both in the photo. Wearing a mask reflects a very good sense of protection.