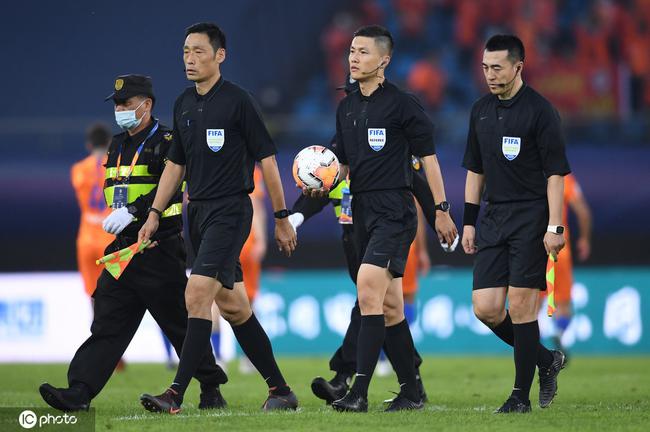 At 15:30 on October 17th, Beijing time, the first round of the first round of the 2020 Chinese Super League Championship Division started at the Suzhou Sports Center. Shandong Luneng and Beijing Zhonghe Guoan staged a strong dialogue. Shandong Luneng Taishan team performed well in the first half and took a 2-0 lead early. However, the situation changed in the second half, Bakambu scored twice with a head and foot kick, and Luneng lost a good game. The two sides will start a decisive battle for a semi-final in the second round.

Before the game, Beijing Guoan was very confident in the match against Luneng. Whether it was the team’s top management, the media or the players, they were confident about the team’s strength. Biella even said that his team is a team that can compete with Shanghai SIPG. A team that competes with Guangzhou Evergrande. However, the first half of today's game proved to us that Luneng is not a soft persimmon that Guoan can knead. Although the intentional contraction gave up possession of the ball, Luneng's counterattack was very impressive and always maintained a threat to Guoan on offense. After withstanding the free kicks of Vieira and Fernando, Luneng took the lead in scoring with a penalty kick. More than ten minutes later, Hao Junmin assisted Jin Jingdao to expand the lead to two goals. Throughout the first half, Luneng's defense was steady and the counterattack was sharp, and Wang Dalei's save was also superb. Luneng played an almost perfect first half.

Unexpectedly, Luneng lost his way in the second half. At the beginning of the game, the referee Shen Yinhao very "decisively" awarded Guoan a far-fetched penalty, and Bacambu scored the ball. Affected by the penalty kick, the momentum of the two sides fluctuates, Luneng's tactical deployment is disrupted, and Guoan becomes more and more courageous in the battle, Luneng becomes more passive in the scene. Under tremendous defensive pressure, Luneng's defense made mistakes from time to time. In the 69th minute, Bakambu scored a header to tie the score for Guoan. Fortunately, Wang Dalei continued his bravery in the first half so that the team did not lose.

Five days later, the second round of the two sides will start. In order to have the last laugh, Luneng should sum up the gains and losses of the game in time and unify the team's thinking. Guoan's combination of pass and cut is very skillful, and his possession of the ball has a clear advantage. Luneng should avoid head-on head-to-head with opponents. It may be the best choice to shrink actively and patience against opponents like today's first half.

At the same time, the Luneng players must adjust their mentality and be prepared to face adverse penalties at any time. The yellow cards that Luneng players received today were all obtained during the theory with the referee. In the second round, you must be highly vigilant to avoid unnecessary attrition.

When Vieira was interviewed by the Spanish newspaper Aspen,